Popular supermarket chain LIDL has put up signs limiting the number of items per person per receipt that can be purchased at its outlets.

Newsbook.com.mt Journalist Gavin Muscat visited the outlet in San Ġwann on Friday. A reader also sent pictures of the supermarket in Ħal Luqa.

According to the recently released notice, customers can purchase a maximum of three pieces when purchasing toilet paper, paper towels and napkins. Similarly, customers are only allowed five pots of vegetables in oil, tomato sauces and fruits in syrup.

An early photo shared by a reader shows limits have also been placed on baby food, flour, corned beef and vegetable oil.

On Sunday, The Irish Independent reported that supermarket groups were working with their suppliers to ensure their supply chains remained resilient despite potential problems including the war in Ukraine and inflation.

Quoting LIDL Ireland, the newspaper reported that the supermarket chain said it was in constant contact with its suppliers to discuss supply or supply chain issues, whether “other external factors such than the war in Ukraine” or inflationary pressures. However, he added that it was “difficult to predict” the impact of the war.

Newsbook.com.mt sent questions to LIDL Malta, asking to clarify whether the limits were set due to supply chain issues caused by the war in Ukraine.

Prime Minister Robert Abela told reporters the government was closely monitoring the situation in other countries. Asked about bread, Abela said the government had already anticipated a rise in bread prices.

“We have sat down with the importers and we will come up with a solution to maintain price stability,” Abela said after attending an event at MCAST as part of the campaign trail.

He reiterated that the government had promised to maintain price stability. 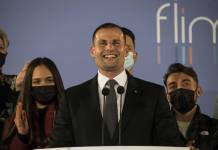 Similarly, Abela reiterated that a PL-led government would keep energy and fuel prices stable when asked what would happen once the five-year fixed price agreement between the government and Electrogas would come to an end in April.

The Shift News reported on Thursday that Enemalta is expected to see an increase in the price it pays for electricity supply and liquefied natural gas (LNG) supply.

Citing sources, the online news portal explained that the government will have to pay more for the electricity and LNG it acquires. However, the real shock, which could force the government to raise prices, will affect fuels, mainly diesel and gasoline. According to the Enemed report, the government entity responsible for the commodity, has no hedging arrangements to fall back on and absorb the costs.

Recently, Newsbook.com.mt asked Abela and outgoing Finance Minister Clyde Caruana if the government was considering revising its projections for economic growth and public debt in the context of the war in Ukraine.

On the one hand, Abela explained why Malta’s deficit has increased due to the pandemic and the government intends to reduce it.

“We plan to significantly reduce the public deficit” – Abela 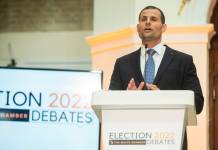 While Caruana said, “Our economy just went through a pandemic. He wouldn’t survive a war. The finance minister said the government planned to spend more to protect the economy from the impact of Russia’s invasion of Ukraine. He pointed out that since the deficit turned out to be lower than expected, the government had some leeway.

“Our economy has just resisted the Covid pandemic, it would not resist a war” 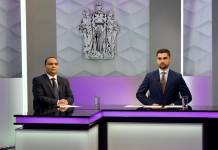 BE THE FIRST TO RECEIVE THE LATEST NEWS